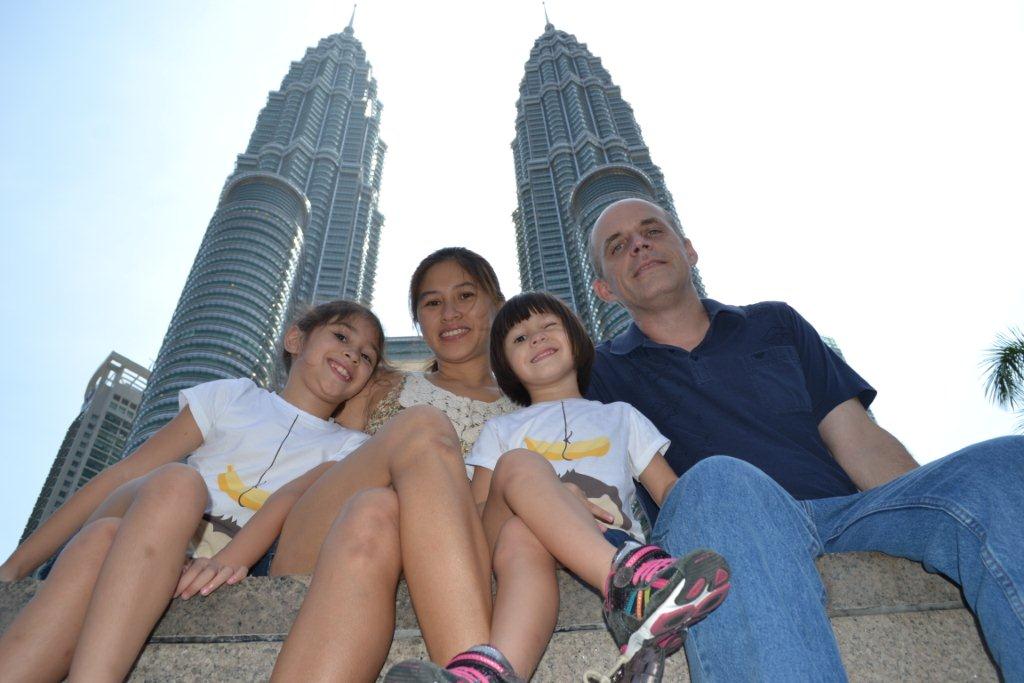 We’re a family of four from Portland, Oregon.

I suppose you could say I have spent a big part of my life looking at a computer one way or another. I started playing with computers when I cut math class to play Space Invaders in the computer lab next door. I was the quintessential geek – only one girlfriend during high school, but I was the Rubik’s cube champion of the school.

College turned out to be an exercise in youthful rebellion and defiance of others’ expectations. Although I had a National Merit Scholarship, I dropped out after three months, a decision I later came to regret. (Twenty-five years later, I finally finished my Bachelor’s degree.) I suppose you will include a link here to that story.
When I dropped out of college, I was able to find a job working with computers and accounting, which launched me into an IT career. I gradually worked my way up the ladder, reinventing myself several times along the way.

Over the years, I’ve developed an interest in business as well as computers. I like to understand all the moving parts and look for areas of improvement. For many years I avoided sales and marketing, but over the last year, I have turned my focus to that area and now find it fascinating.

When I’m not working, you can usually find me spending time with my family. A big part of our dream is to develop family togetherness as we explore new places and varied cultures.

I was born and grew up in the Philippines. My family had a small farm, and we all worked hard. I wished at many times that I could have an easier life, but I realize now that all of my hard work helped to make me a strong and self-reliant person, and I am grateful.

I graduated from St. Paul’s College in Vigan, Ilocos Sur, with a degree in elementary education. But as it turned out, I never did work as a teacher. Instead, I met (*) and married an American and moved to America. However, if I thought that would be my last move, (and I probably did) I was wrong. But I agree with the idea of being a family on the move. It’s true that our first move was to my original homeland, but I already know it will not be the last move. And I’m looking forward to the next one. *You could have a link here to that story. I know it isn’t written yet, but it needs to be.

Rochelle Ines is a friendly 7-year-old who has many and varied interests. She likes to write stories and draw pictures. She has adapted well to our move to the Philippines, but does occasionally miss the some of the things she enjoyed in Oregon, such as the local library and the nearby park. But she does well in her school, and has made many friends. When her daddy teasingly asks her if she is Pilipino or American, she is very sure that she still American.

Chantelle Lea is four. Sturdy and energetic, she is fascinated by how things work, and delights in observing how things fit together. She seems to be completely at home here now, although she frequently wanted to “go home” for the first few weeks. She loves swimming, and does it well. She is looking forward to going to “school” next year.